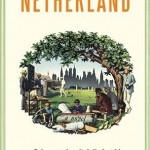 A young, wealthy, Dutch bank analyst moves to New York City with his British wife. Soon after the World Trade Center is destroyed, his wife leaves him and takes their three year old son, his apartment in lower Manhattan is abandoned, his son has developmental issues, and he has no friends. Who would want to read such depressing drivel? It’s the same genre as Jhumpa Lahiri’s Unaccustomed Earth: despair and post apocalypse desolation, only this book is pretentious, too. O’Neill reaches for every multi-syllable word he can find in his thesaurus. Hard to say why this book made so many top-10 books of 2008 lists. April 2009.