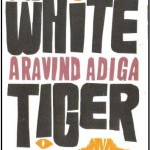 Hard to imagine why this book won the 2008 Booker Prize, England’s Pulitzer. The protagonist is a low-caste Indian who makes good, but most of the book is supposed to be an antidote to the lyrical prose of British writers who focused on genteelity and upper-crustism in India. But after forty pages of filth, corruption, poverty, and disease we get the point. After 140 pages, enough already. Read A Fine Balance, instead. That book covers much of the same despair and hope, but is a written by a future Nobel Prize winner. October 2008.