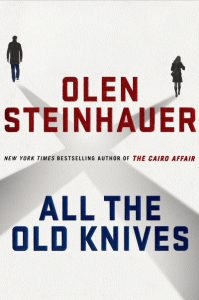 Henry and Celia were working for the CIA in Vienna when a hijacked plane landed and failure of international spy agencies to respond appropriately led to the death of everyone on board.  Six years later the CIA is still trying to figure out what went wrong and Henry tracks down Celia before closing the books on the case.  At the time of the hijacking Henry and Celia were lovers, spies, intelligence gatherers, in the midst of a frantic race to outsmart terrorists, and professional liars.  Now, we watch as the two meet for dinner, both in search of a truth that has eluded them, and both playing all their spycraft skills at the table.