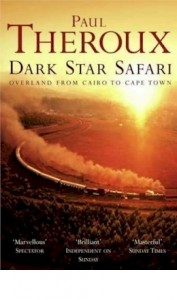 Fresh out of college in the mid 1960s, just before he became famous as one of the great travel writers of a generation, Paul Theroux worked as a Peace Corps volunteer and then teacher in East Africa.  Forty years later, nearing the age of 60, wiser, crankier, and more critical Theroux returned to Africa to travel by land from Cairo to Cape Town.  He recounts a series of countries worse off politically, environmentally, socially, and economically than they were when he worked there.  He makes no bones about the fact that fault lies with aid agencies that have created an industry of fostering dependence and Africans unwilling to help themselves.  Missionaries, too, receive a hammering for their self-righteous self-assuredness and their adding a level of misery to hardened lives by calling so many Africans sinners to their faces.  While I don’t agree with all of his assessments — his level of political acumen seems shallow — his willingness to call it as he sees it and the unflinching accuracy with which he brings us to Africa make this book a must read.