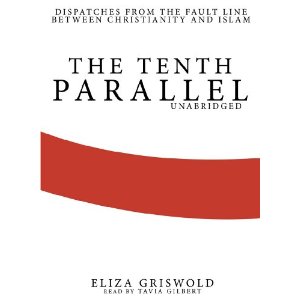 Griswold travels the around the globe hanging out approximately 10 degrees north of the equator.  In Nigeria, Sudan, Somalia, Indonesia, Malaysia, and the Philippines it’s the abrasion zone between Muslims who have spread from the north and Christians arriving by boat from the coasts and the south.  In some aspects Griswold makes more of a religious conflict than probably really exists; she simplifies culture to unidimensional religious identification when most people carry ethnic, tribal, historic, and family identities, too.  She focuses on the cities where conflict is most pronounced, sidestepping communities where coexistence and intermarriage are prevalent.  What does jump out, however, is how tenacious and aggressive American-born, Christian missionaries are in their drive to save souls from damnation.  It is easy to see how Muslim people and governments perceive American intervention (say in Iraq or Afghanistan) as a continuation of a long history of western, Christian, first British and now American, colonial domination.  Anyone who has ever confronted a Christian missionary knows how unrelenting and self-confident they can be.  Unfortunately, the book isn’t an easy read.  Somehow Griswold makes history and conflict more complicated rather than less.  By mentioning every actor from local to national with a relationship to a particular zone she confused me.  My mind wandered and eventually I could hang on no longer.