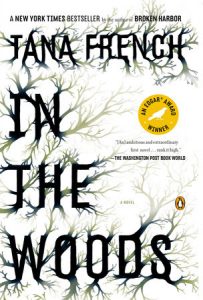 An Irish murder squad is called upon to investigate the cult-like death of a child in the village of Knocknaree.  Bob Ryan and Cassie Maddox are the lead detectives and we, the readers, are taken to grapple with mysteries on several levels.  The obvious question is whodunnit to the kid found atop an alter stone in the middle of an archaeological dig, but there are deeper layers.  Bob Ryan was once a child himself in Knocknaree and the only survivor when two of his friends disappeared.  That case was never solved and Ryan has no memory of the event during which his childhood mates were presumably murdered.  Can Ryan investigate a murder and his own childhood, especially if the two cases are linked, without losing his sanity?  Ryan and Maddox are best friends, so close they behave like long-term lovers, raising another mystery of why they are not.  Uncovering the perpetrator is standard fare: difficult to figure out with suitable suspects and red herrings.  Revealing the psyches of contemporary Dubliners is what moves the story from page to page.