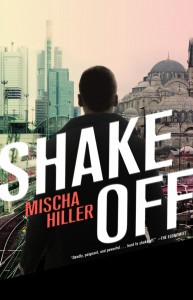 The protagonist, he goes by several aliases, but Michel Khoury appears to be his given name, is a former Palestinian refugee from Lebanon.  His parents were murdered during the Israeli-sponsored massacres in the Sabra and Shatilla refugee camps.  Stateless and without family he is fathered by a friendly Palestinian who in time teaches Michel the tradecraft of undercover work, but with a twist.  The goal of these Palestinians is to undercut the piecemeal Oslo peace negotiations of the 1990s with a truly comprehensive peace deal between Palestinians and Israelis.  Michel couriers secret messages around the world until he makes the one mistake no spy should ever make.  He falls in love with a British girl.  Khoury’s slow awakening to the entanglement of high stakes espionage he has entered, and how he has unwittingly dragged in his first real love, provides terrific suspense without ever dropping into polemic.  Remarkably, this book eschews diatribe about middle eastern politics while embedding in one of the great political feuds of our time.