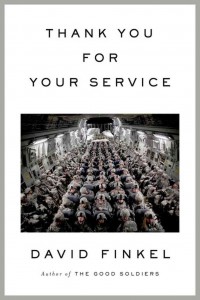 The war after the wars in Afghanistan and Iraq consists of 500,000 broken soldiers, men and women returned to the United States suffering from PTSD and traumatic brain injury (TBI).  Five hundred thousand with invisible wounds to their brains.  Asked to fight in invisible wars that most Americans failed to track, they served two and three rotations against enemies they could not find, but whose specialization in guerilla tactics ensured that our soldiers spent many of their days searching for improvised explosive devices.  They watched their closest friends blown to small pieces, or had their own heads rattled against the roof of an exploding humvee.  And when they could not function any longer they were sent home.  The result, in addition to an ever-increasing rate of post-combat suicide, has been a half million cases of severe depression, unrelenting insomnia, flashbacks, anger, guilt, uncontrollable rage, and anxiety.  This book reduces the painful numbers to a handful of real people struggling to reassemble their lives.  Their plights are heart breaking in large part because Finkel’s writing is so delicately caring and insightful.