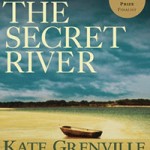 The British caste system of the 18th century was unendurable for average citizens and petty crime was often a necessity. Read Dickens, for example. In this book a British family hits rough times and is pardoned from the gallows only to be banished to the British penal colony of Australia. Brits make a go of colonization. Aborigines suffer. A country is born. Granville’s history is accurate and sympathetic to everyone involved. Being an immigrant is hard. Being an Aborigine is harder. The story is well told, but there are no shattering insights. August 2008.