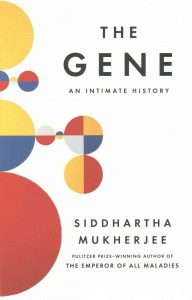 Mukherjee begins with the ancient Greeks.  They wondered from whom and how did children inherit characteristics that made them look like their parents.  Mukherjee continues to follow the thread of investigation through the centuries to Mendel and his peas, to Watson and Crick and their double helix, on into cloning and genetic engineering.  He dives headfirst into eugenics and its tragic outcome under the Nazs as they attempted to control the combination of chromosomes by eliminating undesirable characteristics and the hosts that carried them.  After describing all the science of genes and chromosomes he asks us to consider the ethics of where we stand today:  on the precipice of once again being able to engineer the outcome of human procreation and development.