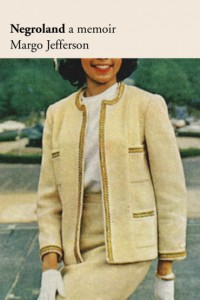 Margo Jefferson is nearing the end of a successful career as an English professor and brings all of her skill as a cultural analyst and textual critic to bear on her life as an elite African American.  What emerges, beyond a lot of references to literature I haven’t read, and cultural icons of the 1950s and 1960s that I barely recall, is the grinding, irrepressible tank tread of American racism.  Jefferson is buffeted on one side by the burden of having to be forever superior to low blacks, black blacks.  Always, because whites are watching and evaluating, and as her parents instructed her, she must be a model for her race.  And yet no amount of education, intellect, acumen, or accomplishment can erase a skin color that immediately draws suppositions, most of them discounting, some of them denigrating, from white Americans.  Despite claims to the contrary that her intentions were otherwise, Jefferson’s book is agonizingly tedious, monotonous in its inability to escape the premise that race pollutes everything in America.  And I think that is the point.